"We fight her desperately to no end...We do not know any way to kill her, only seal her away temporarily with the Gem of Eternity. But she always gets free after a few decades...After being forgotten..." - The main wizard on The Forgotten in GemCraft Chapter 2: Chasing Shadows

The Forgotten is an archdemon and the ruler of the Demon Realm, as well as the main antagonist of the GemCraft series.

Her origins are unknown. She was summoned from the Demon Realm centuries ago by corrupted wizards from the Spiritforge, during a summoning ritual. Her main goal is to assault and corrupt the Spiritforge to create an infinite number of Shadows, in order to become omnipotent and almighty. However, she only creates a small amount of Shadows at a time, due to the strain that creating Shadows exerts on her, and since killing Shadows would weaken her. The Forgotten also plans to remake the world in her image.

The Forgotten has a black female torso with disfigured arms, a head, long hair, and no face, which is her default appearance. All of her body seems to be made of a large amount of dark tendrils. The Forgotten is also capable of taking on other forms, including that of a dark cloud with tendrils, an appearance that her Shadows often take.

The Forgotten is an ancient, evil entity from the Demon Realm, and the ruler of that world. Her actual origins are unknown, but she was active in the Demon World many centuries before the events of the GemCraft series. Centuries before the events of GemCraft Chapter 1: The Forgotten, the wizards of the Spiritforge had grown greedy and corrupted, with even their leadership, the Wizard Council, becoming corrupted. The corrupted wizards regularly summoned demons from the Demon Realm to enslave them, in order to increase their own magic, at a location outside of the Spiritforge. The corrupt wizards soon began summoning more and more powerful demons as they grew increasingly arrogant, before attempting to summon a demon beyond anything that had ever been summoned before during one ritual. This resulted in the Forgotten being summoned from the Demon Realm. The corrupted wizards attempted to enslave her, but the Forgotten proved much too powerful for any of the wizards to handle, and she quickly wreaked havoc upon them. In the ensuing chaos, the Forgotten unleashed an onslaught of demons and monsters, and the wizards also lost control of their own monsters, which were their original creations. Unable to contain the demonic outbreak, the vast majority of surviving wizards fled into the Spiritforge, their original and last remaining stronghold. However, some of the corrupted wizards saw the Forgotten as the key to becoming even more powerful, and they began to serve her willingly, forming a cult of followers, which lasted throughout the war with the Forgotten.

However, a few decades later, after people had forgotten about The Forgotten, a curious and greedy wizard sought out the Gem of Eternity for selfish purposes. This wizard managed to steal the Gem, killing both the monsters and the Arcane Guardians that stood in their way. However, removing the Gem from the Tomb of the Forgotten allowed The Forgotten to escape her Tomb, and she possessed the wizard, before killing them and taking the Gem of Eternity from them. The surviving monsters formerly guarding the Tomb of the Forgotten ran rampant across the land, as a result. The Forgotten then unleashed another demonic outbreak and went about freeing the imprisoned Shadows. This forced the wizards to craft a new Gem of Eternity within the Labyrinth, which rendered the original Gem a weakened replica, and the Forgotten soon corrupted the replica, infusing it with her influence. The Forgotten set out for the Spiritforge once again, while making more preparations for an eventual attack on the mountainous stronghold, and the wizards set up another trap near the Spiritforge with a new Gem. The wizards then lured the Forgotten towards the new trap, killing some of the Shadows to weaken her, before getting her imprisoned by the new Gem, which returned her to The Tomb of The Forgotten. The wizards summoned the Arcane Guardians back to the Tomb, and they also replenished the monsters guarding the area. The wizards then killed or imprisoned the remaining Shadows, and went to work bringing as much of the monster hordes under their control as possible. However, a few decades later, another greedy wizard would locate and steal the Gem of Eternity, causing the cycle to repeat all over again. The Forgotten also set up numerous Possession Obelisks and Hives around the Spiritforge during each of her release, in preparation for an eventual attack to capture the Spiritforge. This cycle repeated a total of 6 times. During one of those cycles, The Forgotten led an unsuccessful attack on the Labyrinth, and the Grand Shadow was imprisoned there. The Forgotten's attacks grew more powerful with each release; after her fifth release, the Forgotten began creating Spires to combat the wizards, killing many of them.

Weeks before the events of GemCraft Chapter 1, The Forgotten was released from her prison during GemCraft Chapter 0 by a powerful, greedy, corrupt, and possibly stupid wizard, marking her sixth release. This triggered yet another demonic outbreak, forcing the settlements in the path of the monsters to be evacuated. In GemCraft Chapter 1, another wizard, fresh out of wizard's school, goes to take on the twisted wizard, finding the whole adventure quite easy and destroying all of monsters he comes across. However, the Forgotten then kills the corrupted wizard, before possessing the main wizard. The Forgotten then had the wizard travel eastward, towards the Spiritforge, while continuing to unleash havoc. He would only be free of her possession a few months later, after he reached the Scythe Gate, which was designed to remove the Forgotten from an individual, in GemCraft Chapter 2. The Scythe Gate removed the Forgotten from the body of the main wizard, while transporting him back to his original wizard tower in the wilderness. It was later revealed that that this was the wizard's plan all along: to lure her to possess him, and break free of her possession while on the way to the Spiritforge.

The Forgotten is an extremely powerful entity, far more powerful than any monster or demon in existence. Although the other corrupted wizards of the Spiritforge had managed to enslave every demon they had summoned from the Demon Realm in the past, not even their combined power could subdue the Forgotten. No wizard was able to break free of her control once she possessed them; the main wizard from the games was the only individual known to survive being possessed by the Forgotten, and even this was due to the aid of the Scythe Gate. None of the wizards were able to destroy the Forgotten or banish her back to the Demon Realm. Even while imprisoned, The Forgotten is still able to communicate with her followers in the outside world, possibly via her Shadows, or other means of dark magic. The Forgotten is also able to corrupt Gem of Eternity replicas, though doing so takes some period of time. Additionally, the Forgotten is so powerful that the only known relic of magic capable of stopping her is the Gem of Eternity, and even the Gem of Eternity can only seal her away. However, it is later implied that an enhanced Gem of Eternity may have the power to permanently defeat her.

Despite her tremendous power, she's not powerful enough to destroy the Spiritforge's shield, indicating that her power does have its limits. As such, she had to rely on a plan in order to destroy the shield of the Spiritforge. The Forgotten is also unable to break out of the Tomb of The Forgotten, as long as a Gem of Eternity is sealed to the entrance, so she has to rely on greedy, foolish wizards, and other followers in order to escape from her imprisonment. Additionally, since all of the Shadows are basically extensions of herself, the Forgotten becomes stronger if there are more Shadows in existence, but this also means that killing Shadows weakens her (though not enough to kill or defeat her).

The Forgotten has many abilities, including:

She also exhibits additional abilities in battles, based on the title.

After beating Field X5 in GC2, the Forgotten no longer directly interferes with battles, with the exception of some Vision Fields. 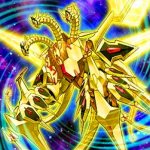 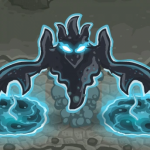 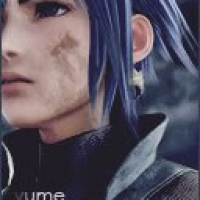 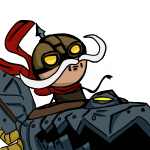